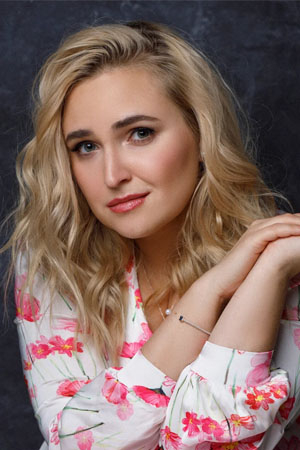 Minasova perfected her skills at the masterclasses of Sergio Bertocchi and Fiorenza Cossotto (New Opera Ischia, 2008, 2010).

Since 2016 Anzhelika has been a soloist with the Mariinsky Academy of Young Opera Singers. She made her Mariinsky Theatre debut in Cendrillon in 2017.

Has toured with the Mariinsky Opera Company to Italy, France and Great Britain. Regular participant in chamber concert programmes of the Moscow Easter Festival.

In 2017 Anzhelika sang the title role in Iolanta at the Rudolfinum hall in Prague. In 2019 she made her debut at the Opéra de Rouen Normandie, performing the part of Tatiana in Eugene Onegin.