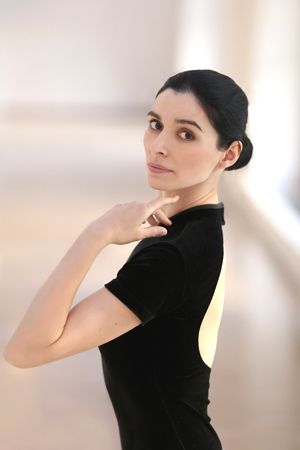 Stunning to look at and reserved and regal in her behaviour she is the Mariinsky’s ideally built ballerina.

Each image created by Mariinsky Theatre ballerina Alexandra Iosifidi stands apart for its consideration and depth. That is what the professionals say about her. Depending on the role, she has the ability to imbue the choreographic text with perturbed anxiety, troubled tenderness, victorious pathos or haughty dignity...

Born in Leningrad.
After graduating from the Vaganova Academy of Russian Ballet (class of Nina Sakhnovskaya) in 1995, she joined the Mariinsky Ballet.

Has performed at the Hermitage Theatre (as Odette-Odile in the ballet Swan Lake).

In 2007 she performed the role of the Chosen Maiden in Le Sacre du printemps at the Opera di Roma, and in 2009 she returned there for the role of Cleopatra in Michel Fokine’s ballet of the same name (revival staged by Vyacheslav Khomyakov).

She performed the role of the Chosen Maiden in the ballet Le Sacre du printemps for the DVD Stravinsky and the Ballets russes (released by the Mariinsky Theatre to mark one century of the Saisons russes, 2009, BelAir).

In 2011 she graduated from the teaching faculty of the Vaganova Academy of Russian Ballet with a Master’s degree in choreography.