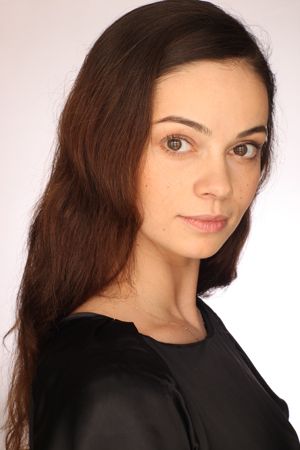 Mariinsky Ballet Company soloist Anastasia Kolegova dances for kings, and since childhood she has always managed to get her own way. She can enchant even the most demanding audience with ease. Her next step will be international glory. Looking at this delicate, light and beautiful ballerina you have no doubts whatsoever that she knows the secret of success.

Anastasia Kolegova’s fantastic technique, grace, elegance and good looks as well as her flawless performances of solo roles, variations and pas de deux literally made the auditorium explode in lengthy applause and cries of “Bravo!”

• Prize-winner at International Ballet Competitions in Rieti (Italy, 2000) and Varna (Bulgaria, 2002)
• Recipient of a diploma and special prize from the Perm Academic Tchaikovsky Opera and Ballet Theatre at the Arabesque ballet competition for the best performance of choreography to music by Pyotr Tchaikovsky (Perm, 2002)

Born in Chelyabinsk.
Graduated from the Vaganova Academy of Russian Ballet in 2000 (class of Lyubov Kunakova).
Since 2000 she has performed with various dance companies including the St Petersburg Konstantin Tachkin Ballet Theatre, the Lithuanian National Opera and Ballet Theatre (Vilnius), the St Petersburg Boris Eifman Ballet Company and the Mariinsky Theatre.
Joined the Mariinsky Ballet in 2006.

On 23 February 2014 she performed in the closing ceremony of the XXII Winter Olympic Games in Sochi.