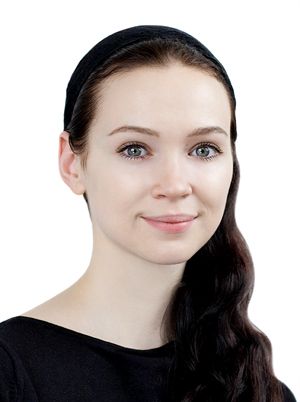 Olesya Novikova creates tragic images, intense in eddies of emotion and the pain of losses. The cascades of leaps, spins, light jumps and the unexpected bravado foreshortenings appeared to be an impetuous improvisation. Not just in the dance episodes but in each outwardly static pose one felt the stormy inner dynamism and the spiritual expression.

Olesya Novikova has emerged as a stunning ballerina: the semi-tones, the lively and meaning-filled body, the bewitching plastique. And that supreme perfection of technique when its perfection is not demonstrated but understood in its own right.

The utter dazzle of form and the acting content of the spectacle, in the fullest sense of the word, were led by Olesya Novikova. Everything was just as it should be – both the romantic first part, where the ballerina was the ethereal sylph, and the technically demanding second part, with its complex adagio, its incredibly beautiful and swift chaînés and its sharp, immaculate fouettés.

Born in Leningrad.
Graduated from the Vaganova Academy of Russian Ballet in 2002 (class of Marina Vasilieva, Honoured Artist of Russia).
Joined the Mariinsky Ballet upon her graduation. Principal since 2021.