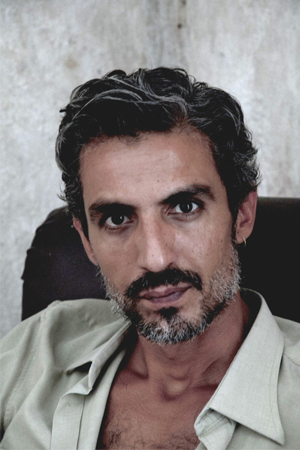 Simone Mannino lives and works in Palermo. He leads the art workshop Atelier Nostra Signora (Palermo—Istanbul), which produces and creates projects of contemporary art. He founded it in 2010. He practices fine arts and sculpting, works as a set designer and theatrical director. He has participated in many projects in Italy and abroad since 1999. Mannino has collaborated with such artists, directors, and play writers as Carlo Cecchi, Titina Maselli, Matteo Bavera, Franco Scaldati, Georges Lavaudant, Andrea De Rosa, Ipek Bilgin, Antonio Latella, Ricci/Forte (directors Stefano Ricci and Gianni Forte).

In 2013, Mannino received a Le Maschere del Teatro Italiano award for best set design and best costumes for the production C'è del pianto in queste lacrime (directed by Antonio Latella). He was also nominated for an Ubu Award for his work on the production. In 2015, Mannino was nominated for a Turkish Afife Jale Theatre Award for best set design in Kalp Düğümü.

Mannino’s directorial portfolio includes such productions as Womb Tomb (based on The Infernal Machine by Jean Cocteau) at the Garajinstanbul Theatre in Istanbul (2013), Bluebeard Never Dies at the Sfumato Theatre in Sofia (2015).

As a set designer and costume designer, Mannino has worked on such productions as Oedipus (2015) and Caligula (2016) at the Theater Basel Schauspielhaus (directed by Antonio Latella). He has collaborated with director Andrea De Rosa since 2014. Mannino has worked on his productions of Falstaff (adaptation of Henry IV and Henry V); Fedra, based on Seneca’s eponymous tragedy (which was named as the best production of 2016 by National Association of Theater Critics – ANCT); Euripides’ Bacchae at the Teatro Grande in Pompeii (2017).

At the Mariinsky Theatre, Mannino worked on designs for Falstaff (2018) and Lucia di Lammermoor (2018).
Information for January 2019