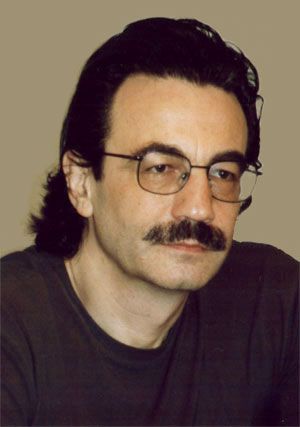 Production Designer George Tsypin graduated from the Moscow Institute of Architecture in 1977 and the same year he emerged as a prize-winner at the New and Spontaneous Ideas for the Theatre of the New Generation competition in Paris. Since 1979, he has lived and worked in New York. In 1984, he graduated in set design from New York University. He went on to design four productions at the American National Theater at the Kennedy Center in Washington. In the early 1990s, he launched his international career as an opera set designer. Today he works with the world’s most prestigious opera houses, such as La Scala (Milan), the Opéra Bastille (Paris), Covent Garden (London), the Metropolitan Opera (New York) and the Mariinsky Theatre (St Petersburg) as well as participating in the Salzburg Festival.

George Tsypin’s works also include exhibitions and installations, and designs for concerts, films and television productions. Since 1991 George Tsypin has frequently collaborated with Yevgeny Monakhov, and together they designed a production of Der Fliegende Holländer for the Mariinsky Theatre in St Petersburg together, which was nominated for Golden Mask prize. The designer’s first personal gallery exhibition took place in 1991 at the Twining Gallery in New York. He also created the Planet Earth Gallery, one of the United Kingdom’s Millennium Projects; this was a major installation of moving architectural elements, videos and two hundred sculptures. This exhibition was presented at Venice’s Biennale in 2002. George Tsypin has also designed The Little Mermaid on Broadway. His book GEORGE TSYPIN OPERA FACTORY: Building in the Black Void was published by Princeton Architectural Press in 2005 and received the Golden Pen Award.

Over the course of many years, George Tsypin has worked with the world’s top opera directors – among them Peter Sellars, Julie Taymor, Robert Falls, Francesco Zambello, Jürgen Flimm and Andrei Konchalovsky. He enjoys a special creative partnership with conductor Valery Gergiev, with whom he has collaborated on a number of productions at both the Mariinsky Theater and the Metropolitan Opera. George Tsypin’s production designs for the Mariinsky Theatre include Katerina Ismailova (directed by Irina Molostova, 1995), Lady Macbeth of Mtsensk (directed by Irina Molostova, 1996), Der fliegende Holländer (directed by Temur Chkheidze, 1998), War and Peace (directed by Andrei Konchalovsky, 2000), Boris Godunov (directed by Victor Kramer, 2002), and the tetralogy Der Ring des Nibelungen (Artistic Supervisor of the production – Valery Gergiev, 2003).