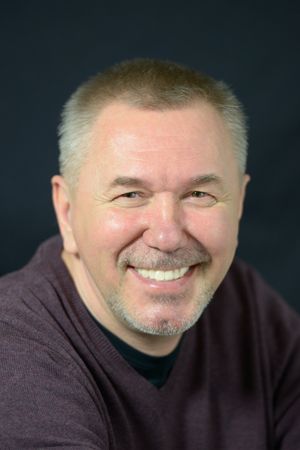 Alexander Naumov was born in Leningrad. After graduating from the Ulyanov (Lenin) Leningrad Electrotechnical Institute in 1982, he worked at the Ioffe Institute (Leningrad / St Petersburg).

Since 1993 his career is connected with the Mariinsky Theatre. As a lighting designer at the theatre Alexander Naumov has worked on the productions of the ballets Études (2003), Ondine (2006), Carnaval (2008), Shurale (2009), Spartacus (2010), Flight of Angels (2010), on Diana Vishneva’s project Beauty in Motion (2009) and Labyrinth as part of the Dialogues project (2011). Assistant Lighting Designer of a new production of the opera Madama Butterfly (2005) and Lighting Designer of new productions of the operas Salome (2017) and Don Pasquale (2022; 1980 production revival).

Has created the lighting for many productions at Russian and foreign musical theatres, among them the opera Intizar at the Geidar Aliev Palace in Baku (2010), the ballets Le Corsaire (2014), The Fountain of Bakhchisarai and Naïade et le Pêcheur (2019), Leningrad Symphony (2020), Don Quixote of La Mancha (2022) at the Samara Academic Opera and Ballet Theatre, The Nutcracker at the Primorsky Opera and Ballet Theatre (as an assistant lighting designer, 2014), The Sleeping Beauty at the Primorsky Stage of the Mariinsky Theatre in Vladivostok (2017), La Fille mal gardée (2015) and Paquita (2018) at the Yekaterinburg Opera and Ballet Theatre (since 2018 Ural Opera Ballet), The Legend of the Lake at the Sofia Opera and Ballet (2019), The Nutcracker at the Tokyo Ballet (2019) and Sevastopol’s Academy of Choreography (2021).