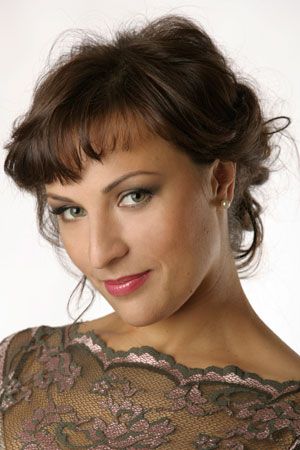 Elena Ushakova was born in Leningrad. Graduated from the Rimsky-Korsakov St Petersburg State Conservatory in 2008 (class of Grayr Khanedanian). In 2003 she made her debut at the Mariinsky Theatre as Barbarina in the opera Le nozze di Figaro.

Repertoire also includes the soprano roles in Schubert’s Mass No. 6 in E-flat major, Rachmaninoff’s The Bells and Shostakovich’s Fourteen Symphony.

In 2009 she took part in the Mariinsky label’s recording of Parsifal conducted by Valery Gergiev (released in 2010).

In 2003 Elena played Olga Ilyinskaya in The Life of Ilya Ilyich directed by Igor Koniaev (based on Ivan Goncharov’s novel Oblomov and Mikhail Ugarov’s play The Death of Ilya Ilyich) at St Petersburg’s Baltic House Theatre-Festival.

Has appeared at the Moscow Concert Hall Zaryadye, the Grand and Small halls of the St Petersburg Philharmonia and at festivals in Italy, France, Bulgaria, Finland, Estonia.
Information for May 2022