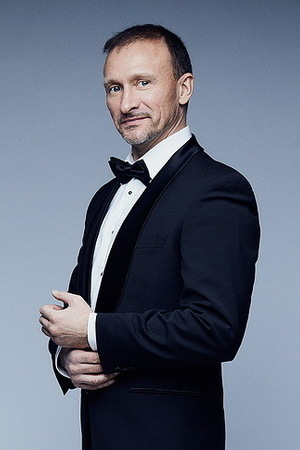 Andrei Popov as the Hunchback (in Richard Strauss’ opera Die Frau ohne Schatten) was memorable for his witty portrayal of the role.
Musical Review

Tenor Andrei Popov had the task of performing five roles all at once (in Rodion Shchedrin’s opera The Enchanted Wanderer): the Prince, the Old Man in the Woods, the Storyteller, the Magnetiser and the Ghost of the Flogged Monk. He coped magnificently: all five appeared with character, vividly, and the singer’s voice sounded stable, even and reasonably penetrating.
Nezavisimaya Gazeta

Tenor Andrei Popov may be called the undoubted find of the performance, having acted as well as sung as Nero (in Nikolai Karetnikov’s opera The Mystery of Paul the Apostle).
Kommersant

Andrei Popov was born in Leningrad. Graduated from the St Petersburg State Rimsky-Korsakov Conservatoire (class of Professor Lev Morozov). In 2000 he entered the Mariinsky Academy of Young Opera Singers (class of Grayr Khanedanian) and joined the Mariinsky Opera as a soloist in 2007.

As a guest soloist he has taken part in Bolshoi Theatre productions of The Golden Cockerel (directed by Kirill Serebrennikov) and Lady Macbeth of Mtsensk (directed by Temur Chkheidze).

In 2008 he appeared in a concert performance of the opera May Night under Mikhail Pletnev at the Arkhangelskoe estate, and sang the title role in the first performance in Japan of the opera Kashchei the Immortal under Vladimir Ashkenazy.
Has appeared in productions of the operas Boris Godunov, Prince Igor and The Nose at the Metropolitan Opera.
He has also performed the role of the District Inspector in the opera The Nose in Aix-en-Provence and at the Opera di Roma. A recording of The Nose produced on the Mariinsky label featuring the singer was nominated for a Grammy award in 2010.

Recipient of Russia's Golden Mask theatre prize for the roles of Burdyukov and Storchenko in the production Gogoliade (nominated for "Best Male Role in Musical Theatre", 2010)

He was the first performer of the role of the Lefthander in Rodion Shchedrin's eponymous opera (2013). At the Mariinsky Theatre he has sung in premiere performances of The Enchanted Wanderer, The Brothers Karamazov and The Mystery of the Apostle Paul as well as Russian premieres of Die Frau ohne Schatten and Ariadne auf Naxos.

In the 2015–2016 season he appeared at the Dutch National Opera and the Finnish National Opera, took part in a new production of Strauss' Salome (as Herodes) at the New Opera theatre in Moscow and sang as Mime in Das Rheingold at the Edinburgh International Festival.