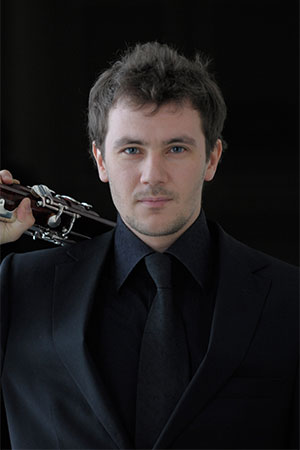 Born in 1978 in Andizhan (Uzbek SSR). From 1993 — 1996 studied at the Andizhan School of Music in two specialities: piano and bassoon.
From 1996 to1997 studied at the Tashkent State Conservatoire, specialising in the bassoon, then from 1998 to 2003 at the St. Petersburg State Conservatoire (class of Honoured Artist of Russia, Professor Kirill Sokolov). From 2004 to 2006 studied at the Hochschule fur Musik und Theater (Hannover, Germany) in the classes of Professors Dag Jensen and Ole Kristian Dahl.

Since 2008 he has been a postgraduate and an assistant at the St. Petersburg Conservatoire (class of Honoured Artist of Russia, Professor Kirill Sokolov). Since 2003 he has been a soloist with the Mariinsky Theatre Symphony Orchestra.