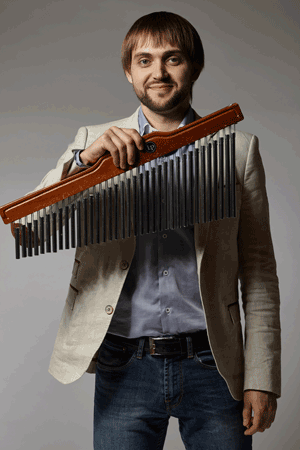 Since 2013 he has been member of the Mariinsky Orchestra. He also plays in the Renaissance Percussion ensemble and in the stage orchestra as well as performing solo and ensemble works at the Concert hall and chamber halls.