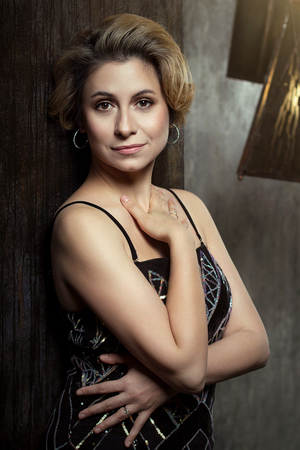 Born in Leningrad. In 2006 she graduated from the St Petersburg Conservatory (class of Dmitry Yefimov), where since 2005 she has been an accompanist in the woodwind instrument faculty. Since 2019 she has taught piano at the St Petersburg Musorgsky College of Music.

As a soloist she has performed with the Mariinsky Orchestra, the Cappella Symphony Orchestra and the Chamber Concert Orchestra of the St Petersburg Conservatory. Participant in such international festivals as Stars of the White Nights, Baltic Piano Duos, Flute Virtuosi, Música em Trancoso (Brazil) and the Bellapais Music Festival (Cyprus) among others.

Since 2015 she has been a guest harpsichordist of the Stradivarius Ensemble of the Mariinsky Theatre. With the ensemble she has taken part in the Moscow Easter Festival and the Mariinsky Theatre Festival in Vladikavkaz. As a pianist and a harpsichordist she appears in ensemble programmes of the theatre’s chamber venues, she is the co-creator (along with other orchestra musicians) and host of the concert series Baroque Hour, and member of early music ensemble TEMPO di BAROCCO comprising Mariinsky orchestra musicians.