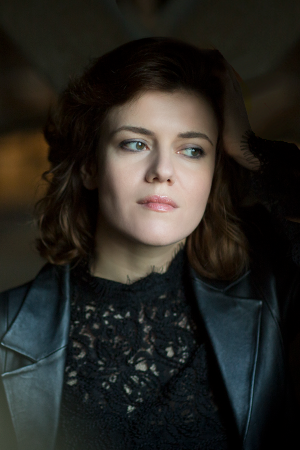 Zarina Shimanskaya was born in Leningrad. At the age of seven she began to take piano lessons and study composition. At the age of eleven she received a grant from the Philharmonic Society of St Petersburg, allowing her to perform at the Small Hall of the St Petersburg Philharmonia, the Russian Museum and the Throne Room of the Grand Palace at Peterhof. Graduated from the Rimsky-Korsakov St Petersburg State Conservatory (class of Nina Seryogina), also completing a postgraduate study at the conservatory (class of Sergei Uryvaev) and a master’s degree at the Hochschule für Musik und Theater Hamburg (class of Yevgeny Korolyov).

Tours throughout Russia and to countries in Europe and Asia as a soloist, with ensembles and with symphony orchestras. Has appeared at Wigmore Hall in London, the Mozarteum in Salzburg, the Laeiszhalle in Hamburg, the Concert Hall of the Mariinsky Theatre, the Grand Hall of the Moscow Conservatory and the Jewish Centre Munich as well as at the International Diaghilev Festival in Perm (Russia), the Piano Festival at the Brucknerhaus in Linz (Austria), the Verbier Festival (Switzerland), the Stars of the White Nights festival and the Mariinsky International Piano Festival.

Repertoire includes works from various eras and styles, ranging from piano concerti by Mozart and Tchaikovsky to opuses by Penderecki, Schnittke, Frank Martin and Shchedrin.
Information for November 2022