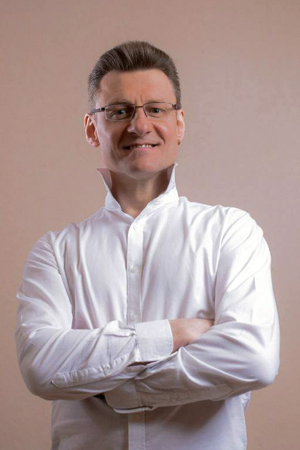 Born in 1973 in Magnitogorsk. In 1992 he graduated with distinction from the Magnitogorsk School of Music (class of senior lecturer Vasily Melchaev) and in 1997 he graduated from the St Petersburg Conservatoire (class of Professor Yuri Bolshiyanov).

In 1993 he worked at the Classica State Symphony Orchestra directed by Alexander Kantorov, and since 1994 he has been with the Mariinsky Orchestra directed by Valery Gergiev. As an orchestral soloist he has taken part in many recordings on the Philips and Mariinsky labels, including performing the trumpet solo in Alexander Scriabin's Le Poème de l'extase. With the Mariinsky Brass and Kirov Brass quintets he has recorded three CDs.

He is a regular participant in the Great Brass Ensemble of the Mariinsky Theatre and festivals of brass music. Has run master-classes in Russia, Great Britain, the USA and Japan.

Since 2020 he has taught at the St Petersburg Musorgsky College of Music.