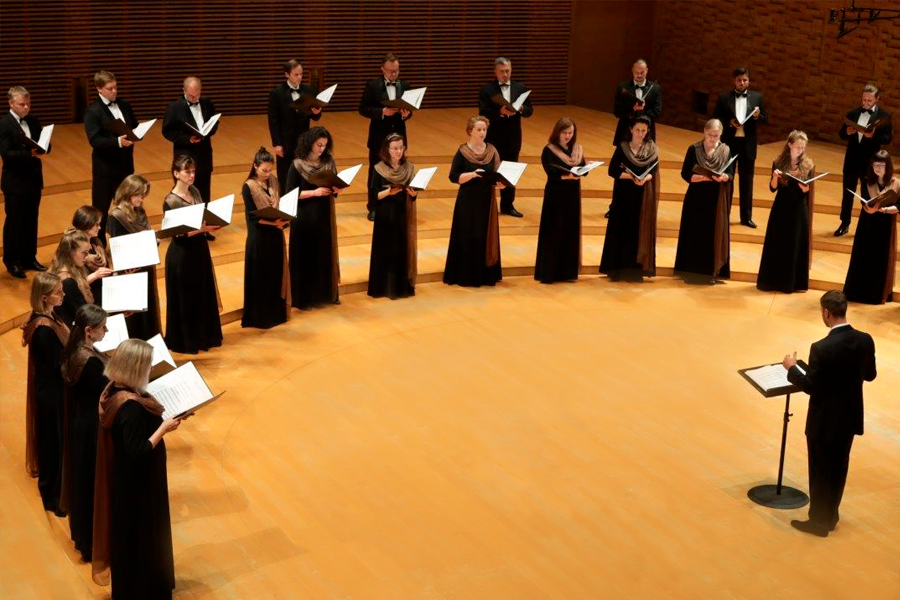 For Sergei Rakhmaninov the five years that preceded the revolution saw the appearance of works that the composer himself particularly loved: the symphonic poem The Bells (1913), and the choral cycles The Liturgy of St John Chrysostom (1910) and The All-Night Vigil (1915). Rakhmaninov's religious works belong to a particularly inspired period in his career, and represent the peak of the development of a new trend in Russian church music that began with the compositions of Tchaikovsky, Taneyev, Grechaninov and Kastalsky in the interpretation of Stepan Smolensky and the Moscow Synodal Choir.
Rakhmaninov's All-Night Vigil is one of those national cultural phenomena that are nourished on the vital juices of their native land and grow into a mighty tree, becoming an embodiment of that culture. Written at a time of heightened interest in ancient Russian music that gripped Russian society in the early 20th century, The All-Night Vigil is striking for the depth of its penetration into primordial Russian musical traditions. The composer uses the melodies of ancient Russian canticles and also creates his own, which are virtually indistinguishable from authentic medieval compositions in their style and faithfulness to tradition. Its skilful mastery of choral texture, its understanding of the nature of church singing, and the depth of its immersion into ancient Russian musical traditions make Rakhmaninov's All-Night Vigil one of the greatest masterpieces of Russian religious music.