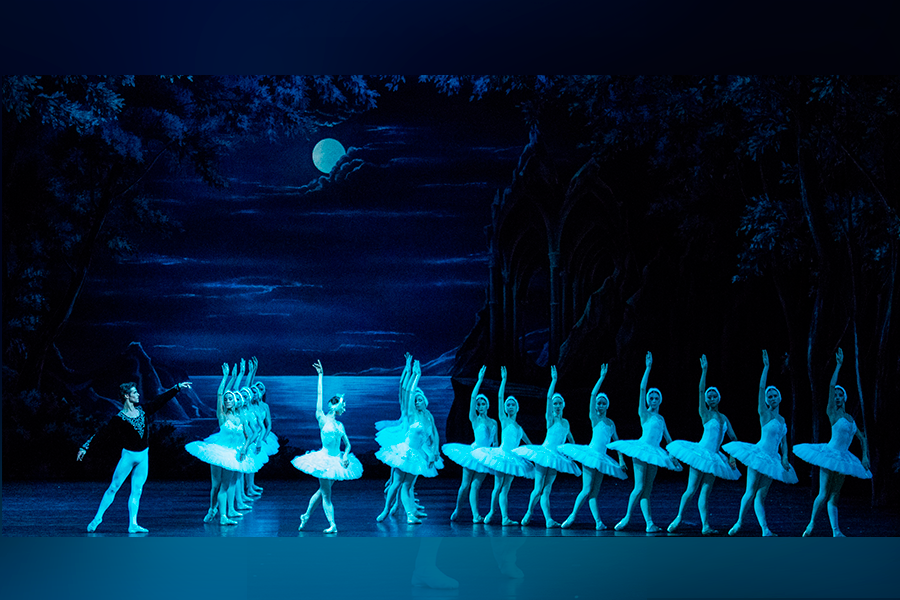 
Swan Lake is the most popular ballet in the world and a symbol of the art of choreography. It is all but impossible that any civilised person could be found who is unfamiliar with the music of the Dance of the Cygnets. Pyotr Tchaikovsky's innovative and truly symphonic score allowed the two outstanding choreographers Marius Petipa and Lev Ivanov to create their widely-acclaimed masterpiece (1895). The refined images of the white swans, the technically and stylistically demanding role of Odette-Odile and the female protagonist's thirty-two fouettés in the finale of Act II invariably excite the audience's imagination.
The Leonid Yakobson Ballet Theatre offers a revived version of the ballet. The sets and costumes have been executed by Vyacheslav Okunev, People's Artist of Russia and recipient of the Golden Mask and Golden Sofit theatre prizes.