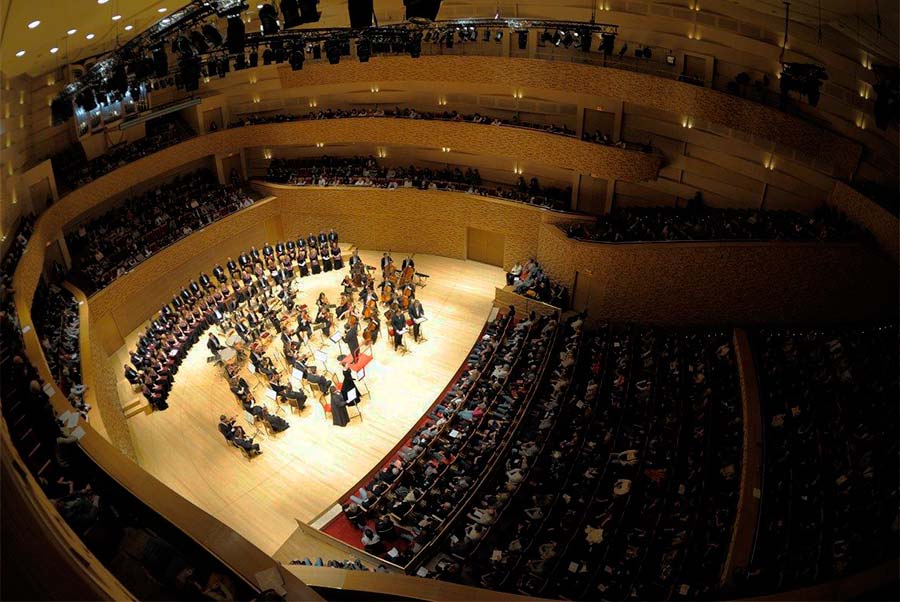 There is perhaps no piece of music that is surrounded with as many legends and mysteries as Mozart's Requiem.
A man dressed in black
Bowed respectfully, commissioned a
Requiem from me, then disappeared.
And subsequently:
My man in black gives me no peace
Day and night.

The mysterious story of the man in black and the Requiem formed the basis for Pushkin's short tragedy Mozart and Salieri, written in 1830. The same theme was also the central feature in Milos Forman's sensational film Amadeus a century and a half later. The mystique of the legend was largely instrumental in the film's success, as it was in the popularity of the great composer's unfinished work (it was completed by Sussmayr from Mozart's sketches), though the true circumstances of the commission became clear quite soon afterwards.
The mysterious stranger, presented in Pushkin's work as "a vision of the grave", was no more than the servant of Count Walsegg, a great lover of music who played several instruments reasonably well. The count was not content with his fame as a performer – he particularly wished to gain renown also as a composer, but did not have the requisite ability. However, his ingenious inventiveness helped him to overcome this "insignificant" difficulty. He anonymously commissioned works from leading composers for large sums of money, then passed them off as his own. The "creative" idea of the Requiem came to him on the occasion of the anniversary of his wife's death.
Contrary to the legendary version, Mozart was in no hurry to start work on the commission. After agreeing to take it because of his acute need of money, he put it off in the hope of earning money from a composition by himself, not from somebody else, and only seriously started work on the Requiem when he was confined to bed by his fatal illness. This illness became the cause of rumours about Mozart's violent death, and played a cruel joke on the outstanding opera composer and teacher Antonio Salieri, who has gone down in history only as the poisoner of his brilliant rival. In fact, it is hardly likely that Salieri was responsible for Mozart's death, though it is certainly true that they had fallen out.
The Requiem, written for soloists, choir and orchestra, is a setting of the traditional Latin text and develops the traditions of the oratorios of Bach and Handel, whose scores Mozart studied attentively. The composer's operatic experience can be felt in the solo, choral and orchestral passages. Its brilliant expressiveness has guaranteed the success of the Requiem on the concert platform, and Mozart's interpretation of the movements has become a yardstick that continues to have an influence on composers to this day (Slonimsky's Requiem).
Nadezhda Kulygina